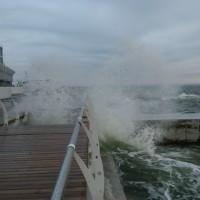 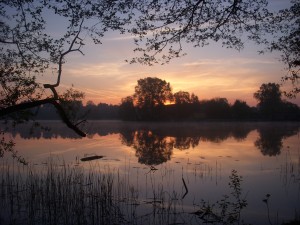 Once upon a time The Wind and The Water started to argue as to who was the strongest of them.

-I am the strongest, — said The Wind. If I blow strong enough I can blow everything out of my way.

-You are mighty, — agreed The Water. — But I have some power too.

-What strength do you possess?! You are just a gentle Water! You wash affectionately over the banks, you fall softly from the sky. Only with my help might you become a storm or tsunami. All the powers are mine — stated The Wind confidently.

-You are right, I am more powerful with you, but I am able to do a lot on my own. — responded Water softly.

-Well, show me your power then — laughed The Wind. — I shall see what you can do without me. 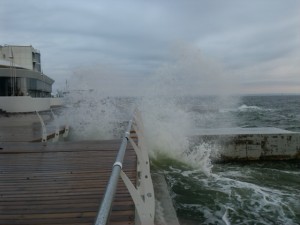 First she streamed to The Iron who had a reputation of a taught and strict character. Even Wind could not win over Iron.

The Water affectionately surrounded The Iron until Iron lost his alertness, relaxed, and fell into a sweet sleep.

After a little while The Water streamed away from Iron, The Wind discovered that The Iron was covered in rust.

-You have some power, — agreed the Wind. -What else can you do?

Tiny drops of water started to fall onto a Big Rock, one Wind could never move from its place even if he tried very hard.

A few years passed by, but time did not matter for The Wind and The Water in their dispute as they had all of Eternity in front of them.

-Have a look, — whispered The Water. The Wind flew to The Big Rock to have a look. He saw a hole in a Big Rock which was created by gentle drops of water constantly falling on it.

-This is a Miracle! — said The  Wind with respect. Even I couldn’t do that- he confessed.

-I will show you something else, — softly rippled The Water.- Look! 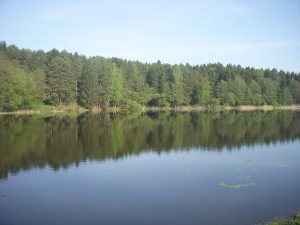 And Water changed the course of one of the rivers and all the grasses started to dry out and leaves on the trees withered and fell. Soon the fertile valley would become a dry, lifeless, desert.

But The Water felt sorry for plants. She always gave life, it was her main purpose. She became a strong rain and, soon after, everything was alive again and covered in young fresh green leaves.

The Wind fell into a deep state of sadness.

-You give life — he said. — I bring only destruction. I have many powers, but I am unable to revive a single living being on Earth.

-Don’t be sad, — replied the Water gently, — everyone has a purpose. Together we are much stronger . You can move clouds carrying rains to quench the thirsty Earth. Without you I would not be able to give life.

Listening to her gentle soothing words The Wind regained his good spirit.

Since then The Water and The Wind do not argue anymore. They know each of them has its own power.